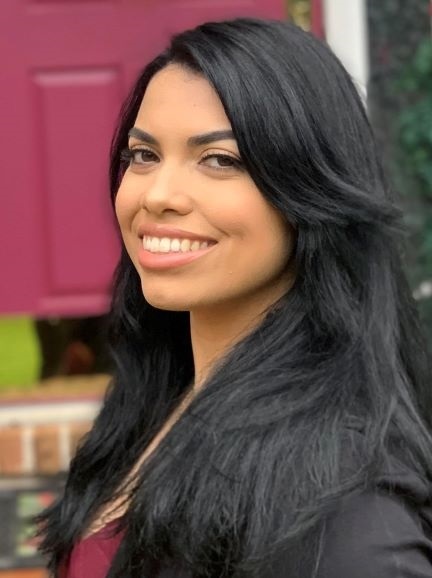 In celebration of Black History Month, we wanted to highlight Nathalia Christian who has been consulting with KMH Financial Services for several years now on marketing.

Nathalia is biracial, White Hispanic and Black Hispanic, and fully embraces her diverse roots. She earned her Bachelor’s degree at the University of Baltimore and is currently attending a Historically Black College at the University of the District of Columbia (UDC) David A. Clarke School of Law. She will be graduating in May of this year and she plans on using her Juris Doctorate degree to support the Black community.

When asked about her thoughts on her racial identity, Nathalia said, “I was raised to love and appreciate being biracial and I was educated about racism at a young age. Having experienced, witnessed, and overcome racism, I hope to advocate for those in the Black community who have been wrongfully convicted and incarcerated.”

Although Nathalia had considered going to law school for most of her college years, it was her time working with the Innocence Project at the University of Baltimore that really inspired her to make the final decision. The Innocence Project works on exonerating those who have been wrongfully convicted.  While working with this organization she witnessed the injustice and corruption taking place in the legal system, and especially how many innocent Black people were being placed behind bars solely because of their race.  Nathalia hopes to become a defense attorney and give the Black community a voice in the legal system, so that they are treated with equality and fairness.

Nathalia has been a part of the KMH Financial Services team since 2018 when she was working with us in the office. She jumped in right away and was quick and eager to learn. Nathalia’s work ethic and go-getter attitude impressed us from the start. In addition to law school, she is also working full time and volunteering her time with the Black Law Student Association at UDC.

“It’s such a fast-paced business,” said Kimberly Herman, Owner of KMH Financial “Nathalia got right in there and figured things out and took initiative and was not only able to keep up but also contribute immensely to our firm.”

Nathalia is currently in the interview process for after graduation and welcomes any potential employment opportunities. We hope that everyone will take a moment to congratulate Nathalia on all that she has accomplished and continue to support her, and the Black community as a whole, even after Black History Month is over.