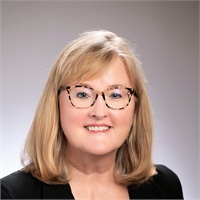 Kimberly has been in the corporate financial and financial services industry for over 30 years. She began her career in the late 70s in mortgage banking, and then went to work with the Bank of Tokyo’s division of California First Bank in lending, countertrade, and management. While in Washington, Kimberly worked with the FSLIC as a Financial Analyst in Mergers and Acquisitions, she was later promoted to the Director of Marketing in Mergers and Acquisitions for the Resolution Trust Corporation (RTC) where she and her team were responsible for the sale of defunct savings and loans to investors during the first banking crisis in the 1980s. Kimberly then made a transition from corporate finance into personal finance and was recruited by Smith Barney, where her primary focus was working with families, corporate executives, and business owners until 2003. Kimberly recognized the need for objective, comprehensive advice and planning and started her own practice as an Independent Investment Advisor Representative (IAR) with LPL Financial where she has worked since 2003.

Kimberly received a B.S. in Business Administration and holds Series 7, 24, 63, and 65 securities registrations with LPL Financial, as well as life, health, and annuity insurance licenses.

Outside the office, Kimberly has also found great success in many pursuits, including currently serving on several non-profit boards. She has been the keynote speaker at various educational events with topics ranging from marriage and money to women and finance and living the life you want. Kimberly is currently working on a book on the impact finance has on marriages in the 21st century.

She and her husband, Scott, have four children, 3 grandchildren and live in Bethesda, Maryland.